It has recently come to my attention that I really like fantasy books.

I devoured the first two books of Brandon Sanderson’s THE WAY OF KINGS series. (To be honest, I’ve been trying to read some other authors before I dive into the third in the series. I don’t like giving too much time and space to a single writer, if I can avoid it.) I charged through V.E. Schwab’s A DARKER SHADE OF MAGIC. I just finished zipping through Kevin Ansbro’s KINNARA.

And I finally finished, after several fits and spurts, Tomi Adeyemi’s CHILDREN OF BLOOD AND BONE. 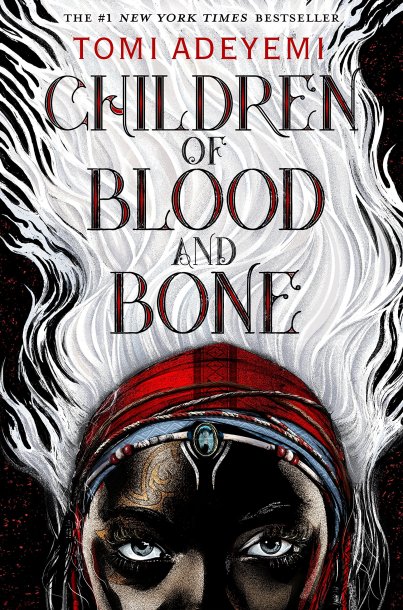 I gotta say, y’all, it was quite the ride. At times, I was reading so fast I had to flip back to find out what I’d missed. Once or twice, I threw the book down in frustration.

I give the book five stars for pacing, action, characters, and magical delight. Oh, and six stars for not being set in a traditional European/Arthurian fantasy world with castles, wands, and majority-white people.

I give it three stars for writing and predictability.

Let’s dive in. First, what was brilliant about it:

I love the world. The diversity of settings give plenty for all to enjoy, from rich palaces to beach shantytowns, from cities in the sand to Montezuma-style jungle ruins, there’s never a dull moment when it comes to backdrop of this vivid story.

The characters, also, were fantastic. Zelie, our heroine, is by turns funny, sharp, brave, afraid, desperately in love, and ferociously angry. Her relationship with her brother Tzain, and the evolution of her relationship with the princess Amari, were two of the highlights of this book. Well-drawn sibling relationships always make me happy, and the way Tzain and Zelie look out for each other – while never falling into stereotypes about older brothers defending their plucky younger sisters – charmed me throughout.

I loved the uniqueness of the world, the names, and the people in it. Just getting outside of the Greek and Nordic mythological system always excites me – I’ve been reading stories with elves, druids, and oversized armor for far too long. All the characters, not just the primary cast, were vivid and real: charming, daring, dangerous, or all three.

By and large, the plot was thrilling, and kept me turning pages. The pacing was stellar: we never lingered too long on any one thing, nor breezed through a troubling situation too quickly. The only thing I was confused about was how quickly the characters were able to get from place to place, but I’m not complaining: I loved how many different places in Orisha we got to visit, and all the people we encountered at every turn.

There were a few things that bothered me.

The biggest was the writing. One thing that irritates me in YA books is how authors seem to underestimate their reading audience. I think this is part of why “adult fiction” is considered separate from “YA fiction”, and it’s frustrating to me. YA authors often seem to assume their audience cannot comprehend long sentences or big words, and need to be reminded of major plot points as frequently as possible through heavy-handed emotional writing that reiterates the importance of those plot points through the characters’ strong feelings about them.

In Children of Blood and Bone, I felt like there were a couple of mantras/ideas/plot points that were repeated so often as to be nauseating. One was Inan’s mantra of “kill magic”. Another was Zelie’s frequent reflections on how evil the King is. Later in the book, something devastating happens to Zelie, and she loses some of her abilities: from this point forward, we were reminded every few pages of the fact that those abilities had been lost. I did not need the reminder. It was a major plot point; I felt its impact on every page, with or without the words to reiterate what had happened. This same repetition of similar words and phrases is exactly what made me put down Tahereh Mafi’s Shatter Me six years ago.

I also thought the writing, overall, was straightforward and blunt, short and to the point, without a lot of room for artistry or passion. There were a few love scenes and dreamscapes that were the exception to this rule, but overall, I longed for more flourish and flair. I had this exact same complaint with The Hunger Games, and I am beginning to think it is a part of writing and reading in the young adult category: authors assume their readers are not capable of or not interested in vivid, lush writing. This is part of why I love Laini Taylor’s work: because she imbues every expression, every sentence, with such vivid imagery or such potent emotion that one cannot help but be swept along by the story and its setting.

There were also one or two predictable plot turns – one so bothersome I threw down the book and almost quit reading, right around three-quarters of the way through. I won’t spoil anything for you, but if you’ve read the book as well, I’d love to hear what you thought of this moment – leave me a comment so we can chat about it! Aside from those few moments, however, I found the story arc thrilling and engaging.

My overall rating for the book is 4/5 stars. I’m definitely planning to read the next book in the series, and I’m excited to dive back into Orisha.

Have you read Children of Blood and Bone? What did you think? Leave me a comment to let me know!

1 reply to Book Review: Children of Blood and Bone by Tomi Adeyemi